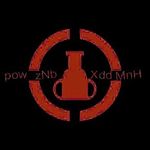 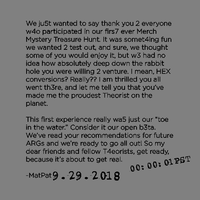 The file's name (patienceisthekey6974736a75737461636c6f636b6775797372656c6178.gif) contained hex that translated to itsjustaclockguysrelax . The only other clue on this page was located on the css of the page. Mysterious class names called "patience" and "enter the url" suggested there were other clues to be found.

At the same time, A video was released on the tenretni olleh channel. The video was a distorted 1 minute version of the intro to game theory videos. Many clues were hidden within it:

At the bottom right corner of the first image, using imaging software revealed a clue: the first 17 Through a jump in logic, it was suggested this could be referring to the first 17 games made by Nintendo. This was confirmed when the games could be found within the wordsearch in the first url.

These game titles also all had one symbol within them that could be translated. These symbols also had a specific colour. When ordering the titles by release date and grouping by the colour of the symbols, a message could be deciphered from it: lucktoheaven .

This was the final clue, and inputting it into a bit.ly link (bit.ly/lucktoheaven) lead to the final url: https://www.thetheoristgateway.com/leavelucktoheaven.

This image is believed to be the end of the "warm-up". In similar fashion to the notebook from the first ARG, the image contained a wealth of information about the ARG and the plans moving forward. The image also reveals a date for the arg to start. The time on the iPhone next to the notebook reads 12:07 11/24/18. Assuming the date is in PDT, The confirmed start of the arg (and release of new merch) is 12:07:01 PDT (19:07:01 UTC) 11/24/18