From Game Detectives Wiki
Revision as of 16:08, 17 October 2018 by MattyTesting (talk | contribs)
(diff) ← Older revision | Latest revision (diff) | Newer revision → (diff)
Jump to: navigation, search
A checked version of this page, approved on 17 October 2018, was based on this revision.

The Lesser Petroleum ARG was created by Rockbite Games to promote their upcoming title code-named "Project Sandship". Players of the Rockbite mining game Deeptown discovered that visiting an asteroid called "AS66" would present the player with a link to a Twitter account called "sweatingdark" which links to the ARGs main site lesserpetroleum.com.

Deeptown screenshot of message received after visiting asteroid AS66.

After registering and confirming receipt of a sign-up email players were dropped into a command line environment resembling a Unix shell under a user account called "jonah".

The help text in the shell provides the following information.

The list, read, view, and play commands allow players to examine files available to the current user. Players progress by using the "su" command to move into new accounts.

The cipher command accepts certain characters as input and produces an encoded output. Players have observed that it seems to accept only lower case ASCII characters, but not all of them. Specifically vowels (including "y") and the letters "x" and "z" are rejected.

Combinations of any valid characters can be encoded but only one word at a time.

No further instructions are provided but any input the system does not understand suggests players use the help command which provides some guidance. Exploring the available commands players quickly discovered that the home directory of the "jonah" user contained several files which can be examined.

It was noted that the "phone numbers" in the contacts.txt file are actually ISBN numbers for several classic Isaac Asimov novels. 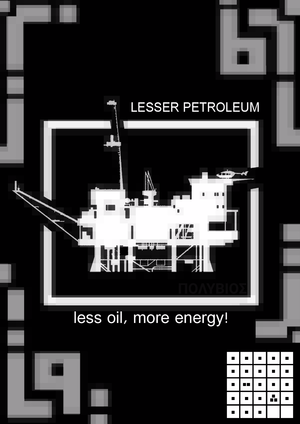 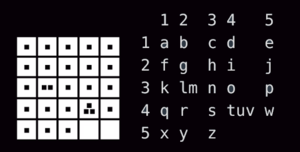 While the contacts and mail files set the scene the Greek writing in the background of the poster and the contents of 0001.txt pointed players to attempt use of a Polybius square. The arrangement of black dots in white squares in the bottom right corner gives the set up for a non-standard Polybius square which, given the digits in 000.txt, decodes to multiple possible solutions.

Further guesswork showed that using the "mysterious" cipher command exhaustively on these potential solutions in combination with the `su` command resulted in access to the "snail" account.

The home directory of Elias's account presented players with a new set of files, including the first audio file, a voicemail message.

The findings01.txt file revealed that players are taking on the role of Jonah the lab assistant and suggests that Elias is an ally providing guidance. The contents of the notes.txt file were another Asimov reference, an excerpt from book two of the Foundation series "Foundation and Empire".

The voicemail file contained a distorted recording of a mans voice talking about seeing snails.

Transcript: "I keep seeing snails everywhere, as if they all now only move towards me. Maybe all of this is just in my head but whenever I go <inaudible>. It's just crazy. I didn't say which is the one. Dad."

Several players noted that this speech was reminiscent of the recording of Colonel Kurtz's monologue about watching a snail on a straight razor from the film Apocalypse Now. The first tweet from the trailhead account also alluded to the immortal snail meme which describes being pursued by snails.

Noting the suggestion that "the spectrum might come in handy later" players generated a spectrogram of this audio file and discovered a series of numbers hidden within.

Spectrogram of the voicemail message.

The numbers did not have any obvious use immediately. 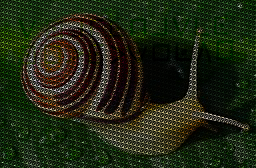 The file continued the snail theme showing a slightly distorted image of a snail on a leaf with some slight discolorations suggesting symbols.

After cleaning up the image symbols for a Pigpen code were revealed which yielded the message: "snailhascometotwelve".

With this information in hand and the suggestion from Elias that "It's brutally simple. As is." it was quickly found that no cipher was required to access the next account.

A new set of files were present.

The file cipher.gif contained an animation with scrambled letters similar to the coded message in the findings02.txt file. 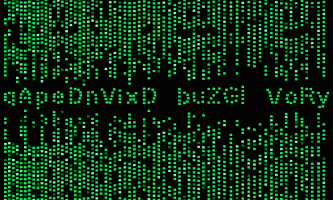 Despite the suggestion of the use of a caesar cipher which maps one letter to another this message was determined to be a variation where each letter was individually shifted along the alphabet in reverse (wrapping around when needed) corresponding to the numbers found in the spectrogram with the numbers repeated many times to cover all 166 characters in the message.

Eg. the first character in the coded message is "m" and the first number is 46, working backwards from "m" towards "a" and wrapping back through "z" 46 times yields the letter "s". Repeating this process revealed the complete message.

This process did not reveal anything intelligible from the text of the cipher.gif file.

The beginning of the decoded message refers to the "snailhascometotwelve" solution of the previous puzzle and the contents of the hm_mail02.txt file is another excerpt from the novel Foundation and Empire (complete text freely available here), this time specifically from chapter 12. The complete line of dialogue from the character Captain Han Pritcher to Mayor Indbur reads:

"Excellence, there is a rat hole in space that, it seems, does not pay its taxes."

The filename "cipher.gif" and the reference to ignoring words which include "x" or "z" suggested that the next step involved the cipher command however as of this writing (Oct 16, 2018) a solution is not publicly known.