Difference between revisions of "Sombra ARG"

On July 12, 2016, a video for the new Overwatch hero named Ana was released. By pausing the video at the 2:11 time mark, a bunch of hexadecimal numbers were discovered: 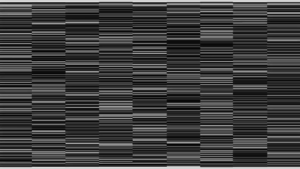 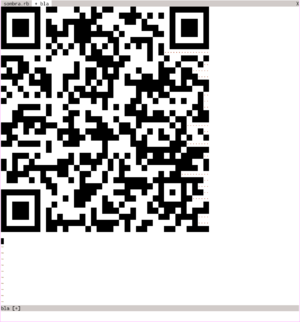 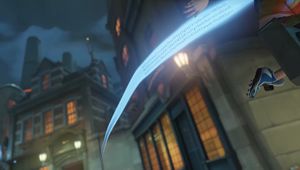 Using a tool to decode the Base64 results in the following output:

The "Salted__" header at the start of the string indicates that the remainder of the text is encoded in an OpenSSL cipher, which requires a key and a known cipher. Salts are added to encrypted data to ensure uniqueness.

Since we know the salt, and we know the input data, all we need to decrypt is the password and cipher method. Since OpenSSL has been around for ages, there are many different cipher methods.

A Cipher is a mathematical algorithm to convert data into unreadable binary data.

A Password is key to the box, if you know it you can easily decrypt the data.

Hex view of the encrypted string

The Cipher used has been narrowed down by looking at a Hex Dump of the encrypted string. There are two major types of ciphers, stream ciphers and block ciphers. Stream ciphers encrypt only the data fed into them, whereas block ciphers will always be a set chunk length.

A byte is roughly a single character, but special characters can take up multiple bytes. We know that OpenSSL Salted Encryption uses the first 8 bytes of the output for Salted__ and the next 8 bytes for the actual salt. The rest of the information is the encrypted message.

The immediately interesting thing here is that the encrypted message data stops 3 bytes short of a full chunk. This is a excellent indicator that the cipher used is a stream cipher (or a block cipher in CTR/OFB/CFB mode). This narrows our cipher list down significantly. This also means that the final string that Blizzard encrypted is less than 93 bytes! 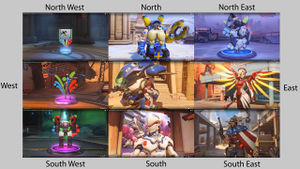 Players also took use of the developer quote of "Way above our heads." as possible hint to the flight board in Numbani. Many attempts to correlate it to usable data have been proven inconclusive.

One of the attempts was to try an ADFGVX cipher on the flight number prefixes, to try to see if any pertinent data was available. Nothing has been recovered from the cipher.

Another attempt was to map out all of the locations listed on the flight board, but nothing has come out of that yet.

Spreadsheet of what is being tested and what has already been tested: https://docs.google.com/spreadsheets/d/1rI08baFQmAwaqHC-9GF9VNGCYjuRE-q4LN9k4ottjuQ/pubhtml