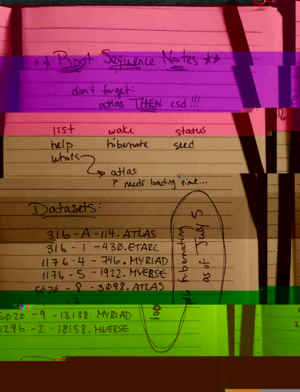 On 2017-07-29 at around 02:00 UTC, the command STATUS on the Waking Titan console updated with the message Mission Azure Voyage loading..... Entering the command AZURE into the command prompt redirected to a website called Azure Voyage with a prompt requesting a code, reminiscent of the previous Bootsector puzzle.

This page is a work in progress, and will be updated as new developments emerge.
Retrieved from "https://wiki.gamedetectives.net/index.php?title=Waking_Titan/Phase_2&oldid=7928"
Category: