Banojxot Xuh was a YouTube ARG that was posted to several country-themed subreddits, and appeared to have a strong political focus. It contained many codes hidden throughout the videos and references to Slovakia along with a strong focus on the date June 15th, 2017.

Originally, the video was posted in the England Subreddit but the user was banned, the post and the video deleted.

Then, on May 13th, an image was posted in the Slovakian Subreddit by an user called /u/Banojxot (same as the YT channel) featuring a QR code that leads to a video with the words "Get Ready" in red and the date 15.6.17, or June 15th, 2017.

Later, on May 18th, the user /u/Hamburger__96 posted a photo of a sort of flyer featuring the same image posted in r/Slovakia and the number 0023 handwritten in the back in the Germany subreddit. It is speculated that /u/Hamburger__96 was the same person behind the Banojxot account on Reddit, although this is still unclear.

In the video you can find 3 flashes of QR Codes, nearly all of which are the same. 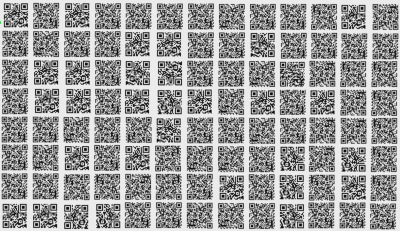 All but one would redirect to Banojxot's Youtube or Twitter, and the other one lead to a page in which it showed an image similar to the images sent in emails. 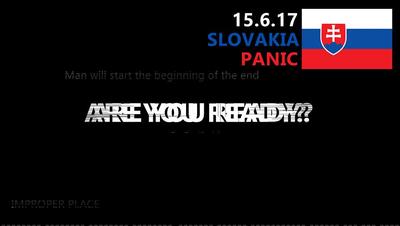 Fifth Video: "ARE YOU READY?"

This video, posted on June 12th, 2017, consists primarily of footage of Canadian Geese flying. During the early part of the 0:07 second video, an equation is shown superimposed over footage of a human hand. The audio of the video turned out to be a spectrogram, revealing a bit.ly link. The bit.ly link leads to this zippyshare page, which contains a single image of several, numbered people around a van with certain parts highlighted in red. In the upper right is the text "x8x."

Emails were sent out and Banojxot Xuh replied with a variety of similar images. We currently are ordering based off of the amount of people written on the picture. Almost all have a Slovakian flag and a variant of 15.06.2017. in the flags there is also a fineprint in pale greyish text: sn & id --> "sine nomine & idem" (without name & the same)