This article is about a short ARG that ensued prior to the release of Dr. Langeskov, The Tiger, and The Terribly Cursed Emerald, by indie game studio Crows Crows Crows.

The puzzle started here, which contained a link to this dossier. The dossier contains 5 files documenting a sudden outbreak of robberies. The fourth of these files is redacted.

Each of the four accessible files has a URL in the form /report/[number]. By substituting the numeral 4 into these URLs, we can indirectly access the 4th file in the dossier. This reveals a block of binary code, which, when decoded, gives the string "elgar-INVOICE.html". Plugging that into the URL leads to here, which is presumed to be the redacted 4th document. It contains an invoice for the delivery of 10 items. This was the extent of the folder up until October 19th.

A Letter from Rome 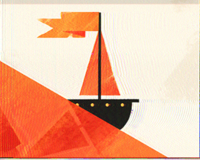 A 6th document was added to the dossier, detailing Deputy Angelo's stay in Rome. The document links directly to the letter's reply, written by Angelo's superior Lavigne. After a few seconds of being on the page, the document automatically refers the viewer to this error page, on which the string "admin.html" is visible. Plugging in "admin.html" into the url leads to an admin console, where a file named "boot.mp3" is mentioned next to a string of hex. Decoding the hex gives us the URL for the mp3 file, which, when decoded using SSTV, gives this image. 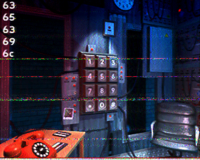 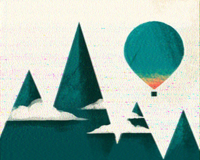 The admin page also provided us with a link, and has a prompt to log in (note: the page has since been updated, and no longer requires login credentials). Logging in with username: Elizabeth Martinez (the rep from the Elgar Logistics invoice) and password: 1868 6263 2469 5948 (the number in the footer of every dossier file) unlocks the "messages" page. Most messages are available, and link in the form "/message-5345880.html". The links for "archived" messages have been greyed out, but can easily be accessed by substituting their reference numbers into the URL. One of the two archived messages contains an audio file, which, when decoded with SSTV, gives this picture. The other archived message contains an image file, which, when overlayed with another image file (from the original error page) reveals this. This gives a new audio file, which, when decoded with SSTV, yields this picture.

So, in summary, 3 audio files were located and decoded using SSTV to give us three images. The second image has hex in the top left corner, which, when decoded, gives us the string "cecil".

Following urgings on the part of the developers to "check our mail", we went back into Martinez's inbox to discover that it had been updated with a new message on October 26. The next day, two new messages appeared, one of which contained base-32 text and this picture. Importing this picture into Audacity produced this audio (credit to TheSparrowHunt), which is from the second movement of Beethoven's Symphony No. 7 in A minor.

On October 29, even more mail appeared - a message from Cecil with some corruption at the bottom. Decoding this using ASCII85 yields a set of coordinates, which, when put into Google Maps, are the location of the "Villa Remigio". Nobody knew what to do with this information until November 4th, when /u/Haigen64 tried "remigio.html" as a URL. This led to a recovery page, which, in turn, led to 2 files. These files were 2 halves of a damaged PDF file. When repaired, partially with online utilities and partially with ASCII85 decoding, the PDF file was revealed to document the construction of a garden area. Here is the fixed PDF file. Note the posters on the wall in one of the images - 2 of them match our SSTV-decoded images.

After this, no further progress was made in the ARG until Dr. Langeskov was revealed.