Difference between revisions of "Eye Sigil ARG/Slide the Shakes"

Slide the Shakes is a free mobile game with in-game microtransactions created by Prettygreat. It was released on Google Play and iTunes on 24 Feb 2016. It's a puzzle game where the player slides milkshakes and try to hit a target area.

Jabba1701 on TouchArcade discovered the Sigil on the game's 88th level. u/TobiasPak brought it to GameDetectives' attention.

Players can find the Sigil at Level 88, when loading the shake at full speed.

The green bars in each stage of the level are morse code, which spell out "ARCHUSB". 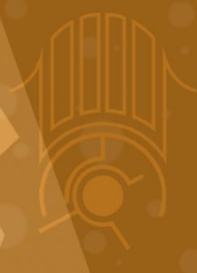 Arch USB referred to a location in LA where the same developer had hidden a USB for an ARG for their previous game: Land Sliders.

Upon checking the same location that had an arch, user /u/mutanoman found the USB titled PRETTYGREAT and posted the puzzle piece that was on it (file name was slide.jpg). 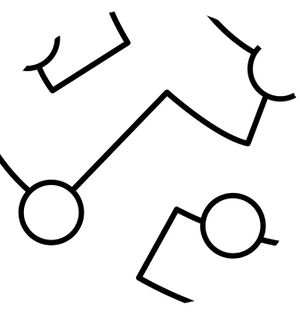 Before Sigil was found, the developer used puzzling tweets to help the TouchArcade community find the Sigil. The first tweet was 88 characters and the Sigil was hidden in level 88.

The sigil is stored in the game assets as a mesh called Stool4 (2D vector data). Meshes Stool2, Stool3 and Stool5 are just normal bar stools.