This is the stable version, checked on 28 September 2021. 2 pending changes await review.
Jump to: navigation, search

Around the same time, a similar image was found by players of the game "The Magic Circle" that also consisted of circles and arcs. The image was behind an airlock and had a similar sigil depicted on it, shortly after the game's release in June 2015. 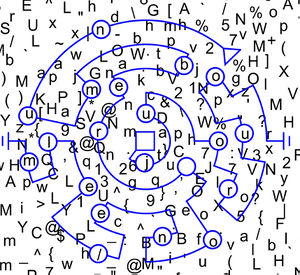 The message from the Sigil Master Lorakis to the people that found his sigils was to push forward with whatever information they have, thus a portal [to Jixandlia] may be discovered. This may or may not mean the game Frog Fractions 2 itself and would be further covered on the according wiki articles.

On April 8, 2020, Jim Stormdancer posted his original sketch of the map on twitter.