The Propaganda Posters are a major lingering mystery in the Frog Fractions 2 ARG. This page describes what we know about them. 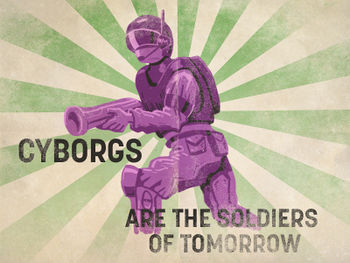 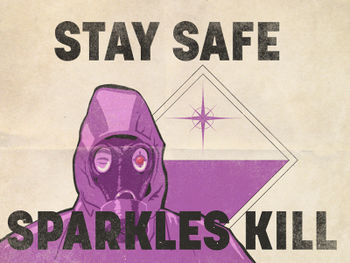 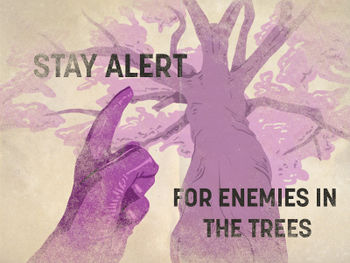 In early February, clues to a meet-up near The Musuem of Jurassic Technology in LA were found in Train Hot Dog and Red Pages podcasts. Confirmation was finally sent to the Gustav email account, along with a note marked 'contingency', listing case codes 042-492. On the 18 Feb 2016, ARGers Lvl99onionknight and arthurdent11389 arrived at the meet and were challenged to a game of Chess by Justin Bortnick. Their trophy for winning: A Mario Amiibo. Upon accessing the Amiibo, they found a link to an imgur album containing three propaganda style posters.

The next day, Frog Fractions 2 artist Rachel Sala posted the same images on her Tumblr.

The images and their connection to the ARG 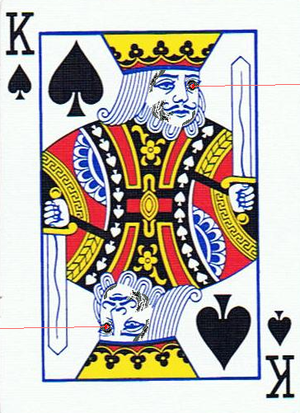 An earlier appearance of a cyborg in the ARG

The first image shows a cyborg. In the lead-up to the Museum of Jurassic technolgy event, several images of 'cyborgs' were obtained from various sources (this will link the the Chess section, when there is one) each corresponding to a chess peice. There are also severel references to cyborgs in the 'Operations' lists on time-travel.club.

More recently, time-travel.club's twitter feed was invaded by Pontiff Zagmar, who appeared to describe the soldier in the image with the following tweets;

Sparkles have been an ongoing theme in the ARG, dating back to a magic eye image linked to trainhotdog.cool. They have been reference in much of the narrative, and appear to be linked to, or possibly the cause of, the decay.

Also worth noting is that the character in the image is clearly a cyborg, as they have some sort of ocular implate over thier left eye. 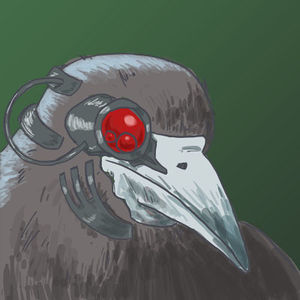 A potential enemy in the tree?

This poster is the only known reference to trees in the ARG. One of the cyborg pictures in the lead-up to obtaining the posters was that of a cyborg rook, so it has been postulated that this could be an enemy in the tree. This would imply that both sides are using cyborgs in their forces.

Note: It has not been confirmed whether any of this data relates to the ARG, or is important in any way. But it might be.

The images in the original Imgur link did not contain any metadata, however, the re-posts on Tumblr contained additional file information. This can be viewed when opened in Notepad.

The most notable item is what appears to be Photoshop file names; cyborgDirt, distressedSparkles and oldTree, with one each on the related poster. The posters also have an unusual creation date, which displays in Notepad as 2010-01-22T16:24:01-06:00. With the timezone taken into account, this equates to 10:24:01, 22 January 2010.

The full edit times for each images is as follows;

The instantly apparent feature of the Photoshop file names is the camel casing; The letters D, S and T are the only ones in capital letters. While there is no confirmed 'order' for the posters, the original imgur album has them posted Cyborg, Sparkles, Trees, leading the suspected clue to be 'DST'. The images appear in a different order on Rachel Sala's Tumbr, however they again appear in the DST order as the cover image for her twitter feed.

Further speculation of DST being important is fueled by Train Hot Dog Episode 43: Desolate Clovis, posted three weeks after the aquisition of the posters on March 10. In this edition, Jim spends the episode researching the meaning of licence plates with the letters DST down the side. After reading several web pages, he learns the lettering designates the plates and connected car as belonging to a distributor.

In the next episode, Train Hot Dog Episode 43: GDC March Dog, Jim also mentions that he researched these plates for the previous episode. He notes that people thought he was talking about Daylight Savings Time "for some reason", which was a train of thought that had been discussed in the ARG Discord channel.

A large amount of investigation and analysis has been done on these images. None of it has lead anywhere, but it is being documented here for completeness, and to help anyone who wants to look into them further.

One thing of note is that going by the metadata in the table above,there was 2 days between the first and last saves on the Sparkles poster compared to the other 2, which were completed in under half an hour.

With this in mind, it's worth noting that the Cyborg and Trees posters share identical backgrounds at the pixel level, while the background on the Sparkle image is completely different. This is instantly apparent by layering the images in an editing program, and switching between the two layers. Combining this with the additional time spent on Sparkles suggests that if something is hidden in the background, it is most likely in the Sparkles image.

Another instantly notable aspect of the images is that they have appeared to be folded. Like the rest of the background, the horizontal crease on the Cyborg and Trees images are identical, however the vertical crease appear unique. Once again, the creases on the Sparkle image are completely different to the other two. It has been suggested that the solution to any secrets they hold could be unlocked by refolding them in the correct manner, however no answer has yet been found.