On this podcast the hosts — Justin Bortnick, Casey 'Gord' Weederman, and Paul Kim — discuss books and video games with various guests such as Steve Gaynor, Ashly Burch and Jim Crawford.

Clues have been given in the podcast itself and on its twitter.

Two ARGers have chosen to support the Red Pages Podcast on Patreon, and as part of their reward, occasionally receive a physical item in the mail. Justin has stated on his twitch stream that these items are important.

Items appear to be numbered by fractions of twelve, but come in out of order.

A letter with just "The", styled like an essay from SpongeBob animated television series. 4/12 is in the bottom-left corner of the second sheet of paper. 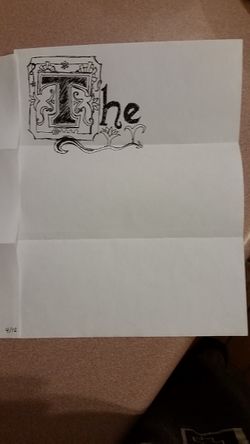 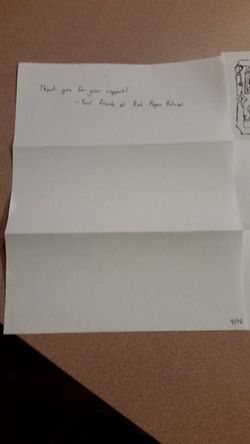 A laminated book excerpt. It appears to be a quote from Writing Machines by N. Katherine Hayles - 2002

Fake latin generated with a lorem ipsum generator (probably lipsum.com) with some other words blended in. 1/12 on the backside. The paper was torn into quarters, different backers got different pairs of quarters. 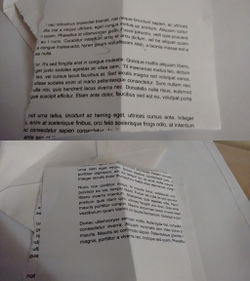 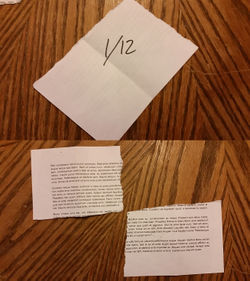 Typed in together by Randomiser: here. Words paired up according to their position (by word count) in the paragraph: here 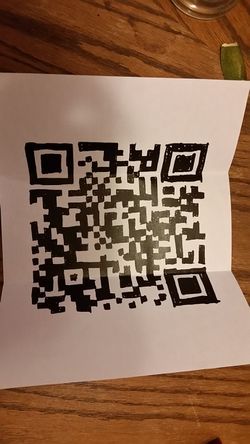 A hand-drawn QR code that links to a jsfiddle page with some numbers. No x/12 fraction this time. The numbers can be decoded from base36 (1036 is a hint for that) into:

We don't know yet if those extra 1337-sp34k characters are decoding into something too, it's an open line of investigation.