The SiIvaGunner ARG was part of SiIvaGunner's Youtube channel. SiIvaGunner ostensibly uploads only high quality video game rips, but in reality, each uploaded track has been altered in some humorous way. SiIvaGunner is not just one person, but rather a group of people working together to produce vast quantities of these parodies.

On June 20, the GiIvaSunner Bandcamp page uploaded a new album that had just one track. The description read:

Based on this hint, Sir Felix adjusted the album artwork's brightness, and found binary numbers concealed in it:

The Binary code led to this video, which contained the following message, partially encoded in hex:

This led to the URL https://i.imgur.com/qIWv1fh. 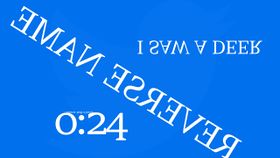 The image found after deciphering the hex

I Saw a Deer