The SocietyX homepage displays the text "SocietyX.net" written in ASCII art, and displays a looping video in the background of the page. Clicking on a specific character in the "t" in society leads the user to a new page, which prompts the user for a password. The source of the password page contained the following text:

The correct password was found to be the string "Z8L0N2G," the characters of which are repeatedly displayed in the looping video on the homepage.

Once the password was entered, another string appeared, "gk1qk." When entered into the prompt, it revealed the text:

Entering it gives the text Aren't you a smart little butterfly!. Additionally, the following appears in the source code of the page:

The text in the bottom right of the butterfly leads to y1FKrYSB.php. The page reads Well, that's it. You've won. Congrats.

The title of the page is 8utt3rfl1, which leads to another .php link. Upon visiting the page, it begins to draw a butterfly. The background fades to white, revealing the text I <3 SCX. Viewing the page source shows this:

The butterfly page leads to a link, I<3SCX.html. After about twenty minutes, the page started to change. At first, the page changed from fading to white to fading to red. Eventually, the I <3 SCX changed to I HATE SCX.

The PM began to use the page to communicate:

YOU GUYS WERE QUICK, I WASN'T EXPECTING IT

MAYBE WE SHOULD WORK TOGETHER

OR MAYBE I'LL GIVE YOU A NEW CLUE

I KNOW YOU'RE FREAKING OUT, SPAMMING F5 LIKE THE LITTLE BUTTERFLY YOU ARE.

At this point, the Discord users began to try to attempt to learn if the PM was in Discord with them. Discord user Lucario posted you know it :wink: , which was immediately posted on the page.

I love you too Lucario

sorry my dad called me, which was another quote from a Discord user.

Finally, the text went blank, and was then replaced with:

See you tomorrrow? You guys might get a surprise tomorrow <3 :)

First discovered at 8AM EDT, the I<3SCX page had updated. The comment now read v=ObU98LCo_Xs , pointing to a youtube video.

A garbled text-to-speech reads You're smart, and I was not expecting it. I know you all, you cute little bugs. The metadata of the mp3 reads SMART LITTLE PUPPY ARENT YOU... 482bcddc8fe53ed1e68c77a95aab5f83

It contains an md5 hash for "discord," which leads to a page that redirects to an invite link to a server named "scx," with one channel, "#2-," with the description "you get two minutes."

“Everything screams in my dreams tonight”, is a quote from Suzanne Collins’s Mockingjay. It is unknown if that is relevant at this time.

After noon, SCX said something again:

Later, SCX posted another message, 7a3gh64m. It leads to a page titled "It's Everywhere" containing a riddle:

The answer to this riddle was "fear". Hashing this with sha1 lead to a new page with a hidden comment:

Hovering over the o in the A in fear gave a prompt: "They're Watching." Some users noticed the cheet module loaded on this page, without a call. However, this was quickly removed.

There are snippets of Base64 in his post, which decode to a n x i et y, which leads to another page titled "THEYRE AROUND ME," with text reading "THEY'RE ALL AROUND ME. HELP ME. HELP."

The page plays an audio file that contains a spectrogram that reads zUiAUtQ8. This led to another page titled ".", with text only reading "Yes."

Shortly after, scx came back into discord:

Discord user ICallHax's version of societyx.net updated to show You're next on the main page.

On SCX's discord, both Prime and Hax have a role titled "Loved." Additionally, SCX has the role of "unloved."

The video embedded in zUjAUtQ8 is called "null.mp4", and is 42 seconds long. Various words and phrases are in the video, and have different counts:

In addition to this, a spectogram revealed "C," "JO," and "4" between the words.

This clue took a while to decipher, which made the PM impatient.

On 29 Oct 2016, the source of zUjAUtQ8 was found to be different than the original non-HTML page, and it showed:

In addition to this, the word "Anxiety" was spelled out in different pieces throughout the code.

From this addition to the code, we were able to find the next clue, which was at the URL. This was found by combining the letters found in the spectrogram and the first letter of every word/phrase repeated in null.mp4.

After the timer was finished, the page updated to be titled sorry i'm late with a new string of sha1 hashes:

The hashes decode to read:

They are lyrics from a song by Arts the Beatdoctor & Bless of SHAHMAN, titled "Part of the Crow." The song's lyrics primarily deal with death. Players found the link to the next page by encrypting the word "death" using sha1. This leads to a page with a massive button that says "download death," leading to societyx.png. When societyx.png is manipulated, there is a string of data at the very top of the image:

When this section of the image is cropped and saved as a bitmap file, the string of binary is easily readable:

This binary translates to:

This passage uses multiple different encryption methods, including sha1,md5, md4, NTLM, and some others. Instead of continuing to translate this passage, a solver found the link, which is a sha1 of the word "darkness." This page shows a video called "Crow.mp4." In the metadata for this video, there is a strange string: 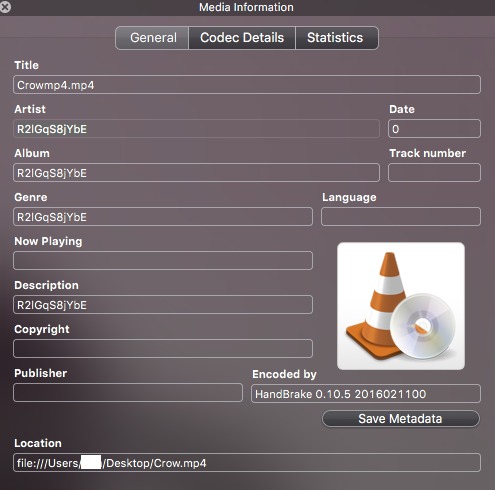 Here is the conversation.

Towards the end of the conversation, SCX said "I miss you," but deleted it very quickly afterwards.

As of November 7, the Soon page changed yet again, into a prompt asking for a username and password. Using SQL injection, the credentials were found to be:

Once this is done correctly, the text below displays at the top of the page:

This link leads to https://www.societyx.net/09bc7b2dcc9a510f4ab3a40c47f7a4cb77954356, which has a download button. When the download button is clicked, the page goes to a mega.nz page for "scx.ova," which is 745 mb. The .ova extension signifies a virtual machine file. However, the file only opens in VMware, and not VirtualBox.

Within the .ova file players found the following picture as the desktop background: 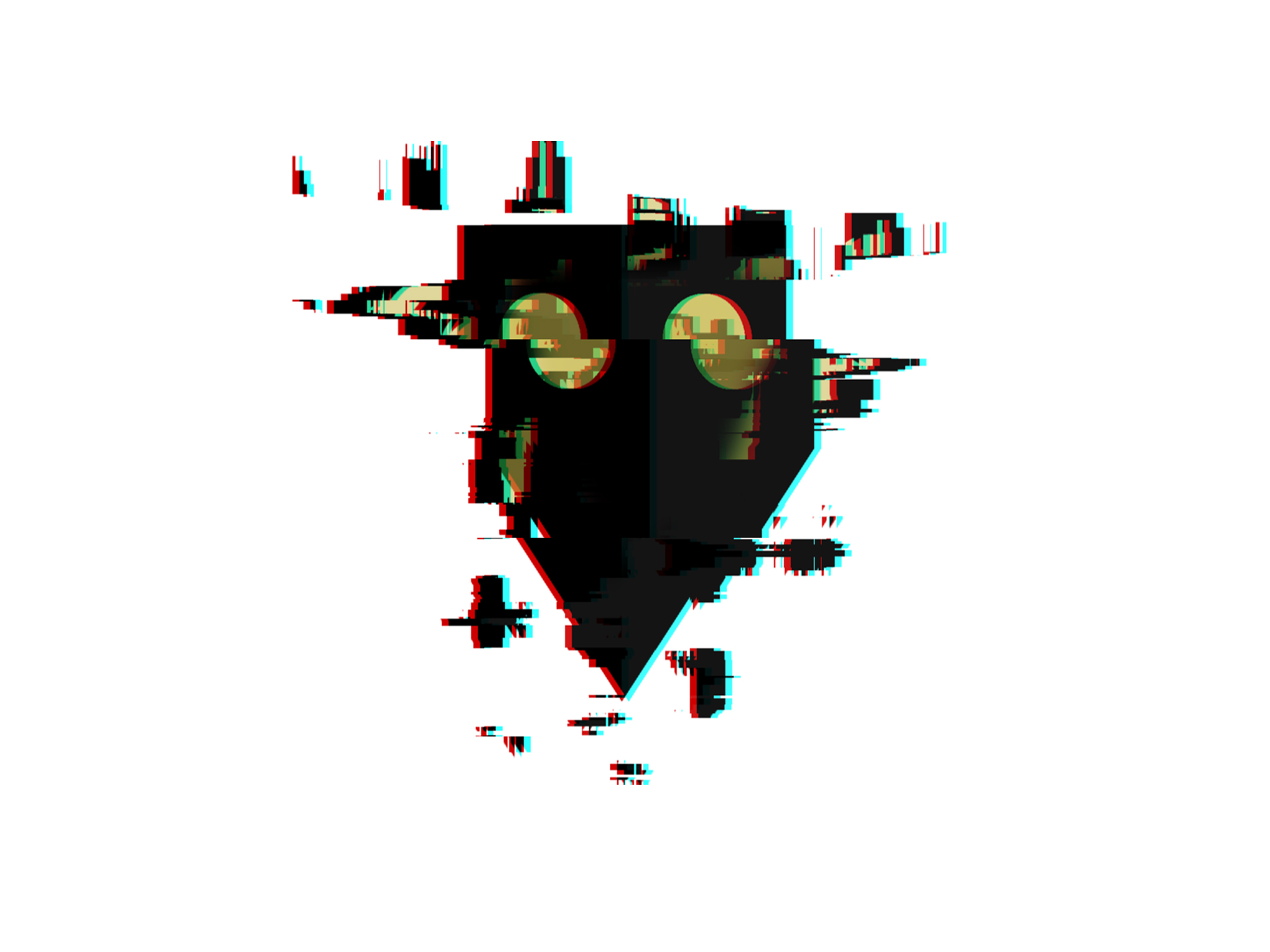 In addition, there is a file on the desktop called "log.txt," which includes the text:

On November 9, 2016, scx sent the following messages in the Discord:

Within the registries of the VM file, solvers found the text:

This is an MD5 hash for the word "plague," and leads to the page https://www.societyx.net/plague on the SCX website.

This page has a title "." and contains the content:

When put together, it says: "Im shriveled in my shell, lonely but ready, to become who I am, to become my real self." The solution to this riddle was caterpillar , revealing the page https://www.societyx.net/caterpillar. The title consists of an ASCII caterpillar, and contains the text "d8de455cd8129f6efc0a896419e2bcb6."

This was found to be a Snefru hash, translating to "you are getting 063c0217," leading to the page https://www.societyx.net/063c0217. "063c0217" was found by solvers to be a snefru hash, and translated to the word "close." This, like the last page, has the same ASCII caterpillar as a title. The contents of the page are the text:

In addition to this hash, morse code seems to be playing on the page, from a file called "---.wav."

Players translated the morse to say "they are sick."

By hashing the word "sick" in MD5 with the password "theyaresick," players found the page https://www.societyx.net/6de7382d33c5a20dad65c6f9d835aec029f67fca. The title of the page is "more soon. close.," and plays peaceful music over a video of waves crashing.

Within the metadata of the audio file playing on this page, solvers found the following text:

While SCX fixed the hash, the author of the music was found by the participants:

After a little while, players found there to be text in a frame of the video, revealing another hash:

This hash appears to be Base64, and consists mostly of Greek characters. The transcribed version of the hash is:

Some players tried to translate this into an English version:

This prompted players to find the font of the Greek hash (http://fontzone.net/font-details/greek-normal), which was called "Greek Normal." Using this font, the AES hash was translated to be:

The password of this hash was found to be the artist of the music in the previous page "oOoOO," revealing the text "Y93sMgrOtD." This leads to the page https://www.societyx.net/Y93sMgrOtD, which has a title of "end it all," and contains the text:

After a week with no contact, SCX returned to the Discord on December 1st, 2016, with a single message:

This was found to be a farmHashFingerprint32 hash, and translated to say:

Later on the first, SCX posted another message:

This leads to this page on the website, which has the text:

On December 13, 2016, players discovered that the source had changed to contain the B64 "R3VyIE5hYnpueWwgdmYgam5ncHV2YXQuLi4=," which translates to "The Anomaly is watching." Anomaly is a character in the Lost Memories ARG, implying that the two are merged.

Later on the same day, SCX sent another message in the Discord:

Solvers found this to be an MD5 hash for "infinite." This leads to the link https://www.societyx.net/infinite, which shows a looping video of the infinity sign, and several words repeated.

Which downloads the file "logs.rar."

After bruteforcing, a player found the password of the rar to be "192345," and the contents of the text file to be:

Solvers found this to be ascii85 encoding, decrypting to a broken postimg link:

This turned out to be hex for another post image link: https://postimg.org/gallery/25m2261cu/. This leads to a gallery of the glitched SCX logo, and what players found to be an email, "[email protected]" However, this seemingly led to a dead end. 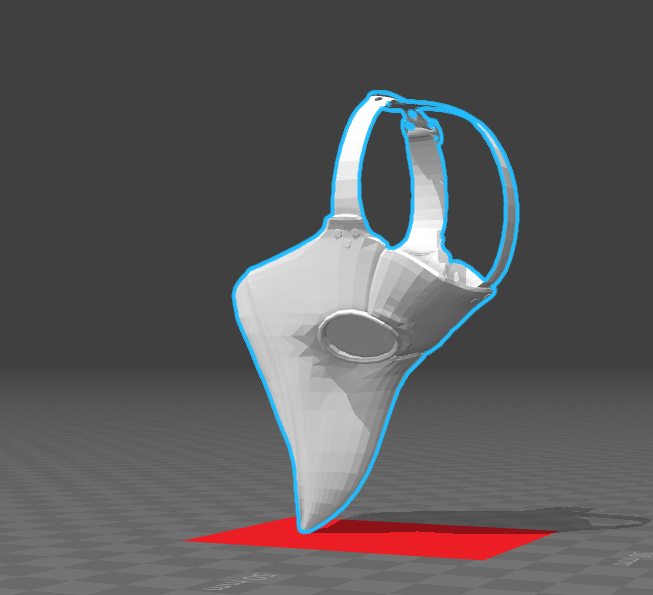 The 3D model had 4 codes written on it:

This is binary for the word "kill," which is the password for the rar. Within the rar was a file called "scx.dll," which would not open in any version of windows, even though it was supposed to. After a week of trying, scx posted the following message:

This lead to the page https://www.societyx.net/cc88d6531c448e2b71d475f129ff0485245acaa9, titled "I'm Sorry." In addition, a player found the page https://www.societyx.net/thanks, which thanked everyone in the Discord for their participation, suggesting that the ARG has concluded. It is not clear whether it was supposed to conclude, or if it was unexpected.

Later on, a button titled "log" appeared at the bottom of the thanks page. This lead to the file "Log-2124.txt," and contained a series of diary entries:

This image was revealed to contain a QR code, which, when scanned, reveals:

After this, scx said to join the voice chat on the Discord server. He did not speak, but he played the same morse from the phone number before leaving again. In the end, Discord user Prime entered the chat, and revealed that he and ICallHax were the puppetmasters of the ARG: Prime talked through scx, while ICallHax created the website. He said that the ARG was over, but they would do something similar again soon.