From Game Detectives Wiki
Revision as of 21:56, 20 November 2018 by Cdgoodwill (talk | contribs) (Rejected the last text change (by Mayordoc) and restored revision 17919 by Halke234)
(diff) ← Older revision | Latest revision (diff) | Newer revision → (diff)
Jump to: navigation, search
A checked version of this page, approved on 20 November 2018, was based on this revision.

Partners that answered these questions correctly, received the response "Code accepted. Agent confirmed. Check your messages." However, each response had different letters in zalgo-text, presumably they were also sent a message on Twitter. According to a video by the Warframe partner Quiet Shy, the message sent was an invitation to the discord server named Solaris United. 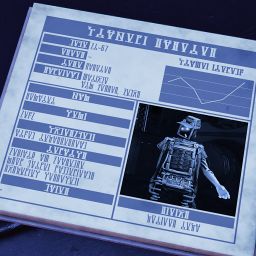 Soon after the invite was posted publicly in some a video was posted by Brozime on Youtube that appears to contain a message from The Business. Several other partners subsequently posted the same video. The video was also posted on the Solaris United server as an mp4 file, and a direct link to the file can be found here.

A message from the business
Retrieved from "https://wiki.gamedetectives.net/index.php?title=Solaris_United&oldid=17956"
Category: