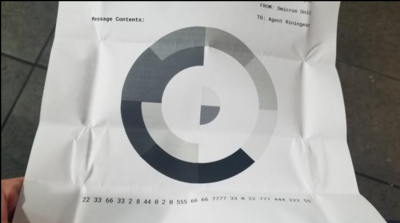 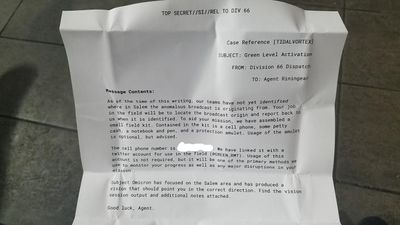 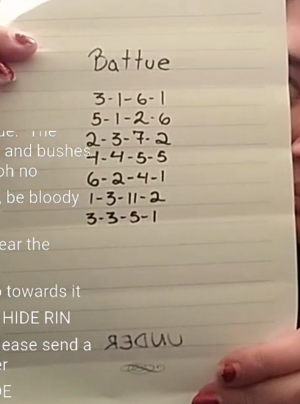 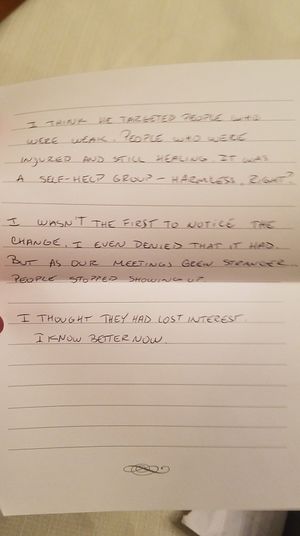 The note that was discovered in the left safe 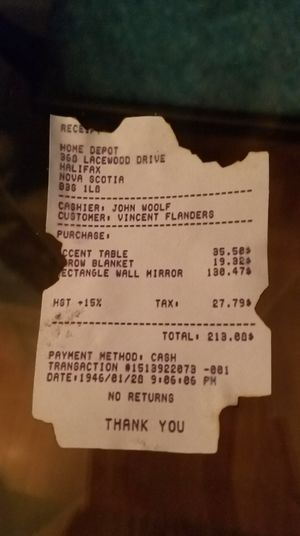 Riningear discovered that a new room had been unlocked, containing a picture of the Bluenose. Anashel's stream updated to show an image of famous author Virginia Woolf - the newly unlocked room contained many books that she had written, each of which was annotated with handwritten notes. One of the books, Jacob's Room, was found to contain a key. (Why Jacob's Room specifically? --ed) Riningear used the key to unlock a safe on the left side of the room, which contained a handwritten note from Miller, as well as some batteries, a marker, and a UV light. 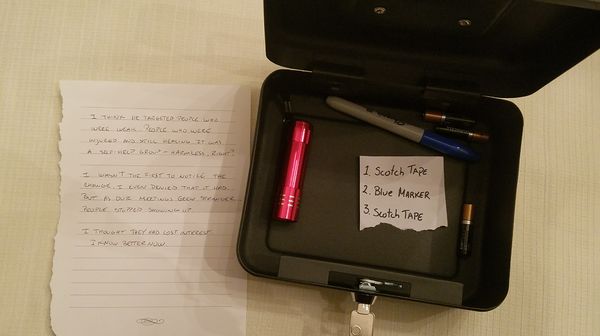 The contents of the left safe

With that, Riningear's first day of field work concluded.