Waking Titan (also known as Project WT) is an ARG involving a multitude of websites, phone numbers, and radio stations scattered across the world. The ARG is being produced by veteran puppet masters, and features NPCs, actors, and live events. The original purpose of Waking Titan was connected to the 1.3 "Atlas Rising" update for No Man's Sky. 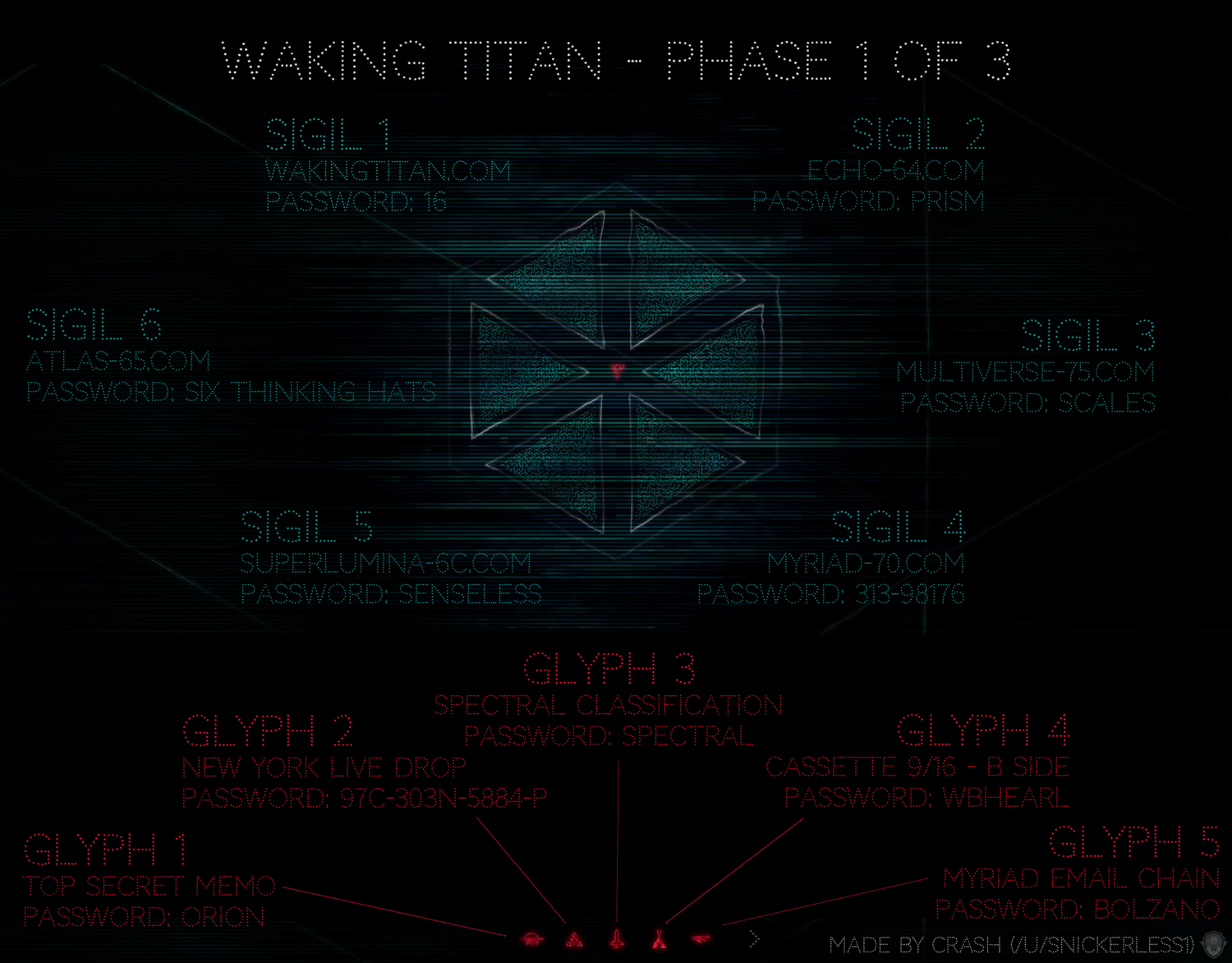 At the beginning of the ARG, it was not clear whether Waking Titan was officially connected to No Man's Sky. Since then, incontrovertible evidence has surfaced that they are, in fact, officially connected. The most notable piece of evidence is that, after a mailing of "Package 9/16" was triggered via email in the Waking Titan ARG, YouTuber CobraTV received a cassette tape labelled "9/16" along with some No Man's Sky merchandise. Most notably, the case containing the cassette tape sported the Atlas logo which had previously been seen in the Waking Titan ARG.

This text explicitly stated that the Waking Titan ARG was leading towards an update to No Man's Sky.

Throughout the ARG, there have been internal memos released, including: