Duskers is a tactical, roguelike, sci-fi, survival horror game developed by Misfits Attic, released on Steam on 18 May 2016. It's created using Unity engine.

The sigil was added on the release.

There is a secret menu in the game. It can be accessed by hitting F1, F2, F12 or DEL on launch.

In that secret menu, option number 3 reads %*)[email protected](#[email protected]*#$(&&. Choosing it shows the sigil in the top left for a split second (0.05s to be specific) and opens this URL in browser: 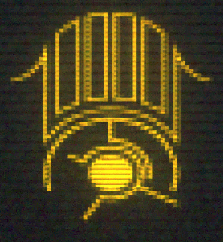 By substituting this string in the url, you get a login form on the URL

As of right now, it's not known wether there are correct credentials for it.

The piece however, is just located in that folder as piece.jpg file, as discovered by Discord user dadpew. 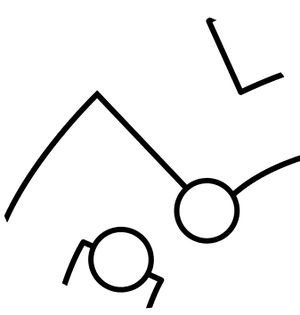 For a while it was believed that duck is the password. This was later debunked by the developer saying that the duck password was a thing from the early iteration of the game.

The developer Tim Keenan mentioned in an interview for the Kotaku article that he received subtle assurances that [this ARG] is nothing he’d be upset about supporting. The way he was involved by the puppetmaster was also described as cryptic:

In the code for the secret menu the sigil image is referred by the word sigil: