Mos Speedrun 2 is a pixel-art speedrunning game developed by Physmo and released on Steam and mobile devices on 03 Sep 2015.

The player has to complete a challenge of visiting three "eyes" that are located in hidden areas on stages 2-1, 3-4 and 5-6 and completing those levels without dying. Then the sigil will appear in the hidden area of the stage 3-4 (where the eye of that area initially was). 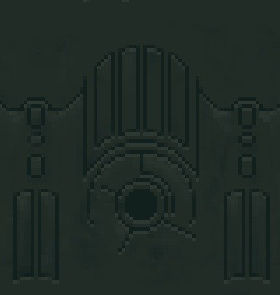 There is an additional clue before going to that portal, though. On stage 2-4 there is a place with markings on the ruin walls depicting seashells, sea horses and algae. The order of them is important.

Once entering the portal on 3-3, the player traverses a series of rooms with three exits each marked by the same depictions. Following the correct order of them, the player arrives in the final area that has more sigils on the black background and the puzzle piece at the end. 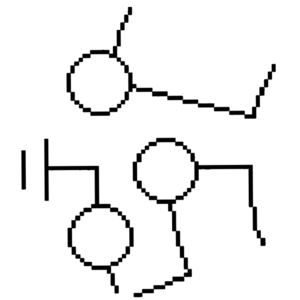