The Teragon ARG was made by gayfarang. It followed the story of an agency named Teragon, whose goal was to protect the world against a nefarious group of terrorists. Teragon was followed by the EFS ARG.

An anonymous 4chan user posted a message to the Dota 2 General thread of /vg/ (/d2g/), which read:

The YouTube channel contained 40+ short, cut-and-looped videos of professional Dota 2 player EternaLEnVy (aka EE) being interviewed, each featuring a one-word title as well as a title screen before the looped clip.

Other Reddit users posting in the thread noticed every title screen & description of every video linked to the channel's sponsor, teragongroup.com, a strange website which describes itself as "Shaping the World of Tomorrow" and promotes "Services" such as "Consulting", "Intelligence Analysis", and "Surveillance". A filename, areyouworthy.txt, was also discovered at the very bottom of the webpage.

By adding areyouworthy.txt to the end of the website's URL, the following text was discovered:

Another Reddit user pointed out that the letters at the start of each line are "APSHSAANSTSOIMN", which is an anagram of "Phantom Assassin", a Dota 2 character. Following the precedent of adding to the end of the website's URL, players were able to access phantomassassin.txt, which contained the following:

Yet another Reddit user figured out how to decrypt the ROT11, which, once decrypted, reads "we will reshape the world". Another file, named wewillreshapetheworld.txt, was then discovered, reading:

One Reddit user came across a new URL, /betrayalwasnecessary.png, and discovered an image of Baphomet.

Another Reddit user discovered that the encrypted text in wewillreshapetheworld.txt was a Vigenere cipher with the passphrase "This was Teragon born". Once decrypted, the text read betrayalwasnecessary. Since a player had already found that URL, focus switched to the image on the page.

One player pointed out that the depiction of Baphomet found on the betrayalwasnecessary page was known as the "Dogme et Rituel de la Haute Magie" (English: Dogma and Ritual of High Magic), and it derived from two books by French occult author & ceremonial magician Eliphas Levi, namely "Dogme" and "Rituel". Another player ran the image through a steganography tool and revealed the following text hidden within:

A Message is Sent

With the search for new "joinus" URL failing, participants began to speculate that the phrase might be directing them to "apply" to the Teragon Group. This led a number of participants to emails "applications" to the email listed on the bottom of the webpage, [email protected]

In English, the French sentence read:

One Reddit user pointed out that "JM" is very likely "Jacque de Molay". He also noted that the French signature is a quote from the book "Le Roi de fer" (English: "The Iron King"), which is the first in a series of books about the French monarchy known as "Les Rois Maudits" (English: "The Accursed Kings"), penned by French author Maurice Druon starting in 1955.

Sometime in the morning, the Baphomet Studios Youtube channel uploaded a 2:06 video titled "Pawn," but removed it 15 minutes later. One Reddit user managed to mirror the video before it was taken down. The audio in the video consists of a man speaking in French, which a user pointed out is a reading of the prologue of "Le Roi de fer".

Later in the day, Baphomet Studios hosted a YouTube livestream which lasted for 7:45 minutes. The entire video consists of only one image, that of Edward I paying homage to King Philip IV of France. The audio in the beginning of the livestream appears to be identical to the audio in the "Pawn" video. Halfway through, the audio cuts to a slowed down speech similar to the Acre video.

Simultaneous to the livestream, the Teragon Group began responding to more application emails. Many people received a response which read:

Shortly thereafter, Baphomet Studios uploaded this video, which showed participants that the symbols didn't matter, only the pattern did, and also affirmed that the code was based on "Le Roi de fer" (LRDF).

Simultaneously, the Teragon Group webpage updated to display the following under "Latest":

This clue directed participants to read the numbers in the video as pairs, which led to the theory that they were line and character coordinates to be applied within "Le Roi de fer".

Sometime during the chaos generated by the videos, the Teragon Group website was updated, and displayed the following sequence of numbers in its footer:

One Discord user discovered that these numbers could be applied as a book cipher to the prologue of "Le Roi de fer." Taking each number to be a pair of values - the first being a line number, and the second the n^th letter in a line (ie 69 = line 6, letter 9, etc.) - this image of the prologue can be used in combination with the cipher to reveal to word continue.

Press Any Key to Continue

One Discord user experimented with several different file extensions searching for a new URL based on "continue", eventually arriving at a new URL of an audio file, continue.mp3. This audio file consisted of a text-to-speech recording of series of letters, which were:

Discord users downloaded the mp3 file and looked through the metadata to find the name and artist of the file, which were "ultimate" and "power" respectively. This led users to believe that the above text was a keyed Vigenere cipher and, using an alphabet key of "ultimate" and a passphrase of "power," the text was decoded to:

Through trial-and-error, Discord users discovered another file, followthetrail.txt. When initially discovered, it displayed the text "Coming soon.". Within minutes, the file was updated to read:

The file parchment.png consisted of multiple sentence fragments and numbers scattered around. Clockwise from the top, the text portion reads:

From left to right, the numbers in parchment.png read:

Shortly after this discovery, a player leaked the complete index of the Teragon website. Immediately after the leak, the Teragon Group went dark, displaying only a brief message about "fixing a security leak", and all files became inaccessible. After about 5 minutes, the site came back online, with a new message in its footer which read:

Among the URLs on the leaked index, a new file, anewbeginning.png was discovered, displaying a message in Flag Semaphore code, which was translated to donotdespair. This led players to donotdespair.txt, which read:

At some point during the chaos caused by the leak, a theory was formulated, based on "messages from Laetitia told us to speak with him, because he was an Teragon operative", that Reddit user /u/TonyWan, the user who solved the Phantom Assassin clue, was, in fact, involved with the Teragon Group.

A Reddit user sent /u/TonyWan a private message, which read:

It was deduced that the bridge referred to by /u/TonyWan was the Pont Neuf, as the bridge is across from a plaque memorializing De Molay's death located by the Seine River. Across the Pont Neuf bridge and to the left is a department store named "Samaritaine." This clue led players to a new file, samaritaine.png. Through the use of an Enigma machine simulator with rotors set according to samarataing.png and an input of RCTHHONEMPKMG<code>, a new file, titled <code>hiddenhistory.mp3 was discovered.

Players quickly discovered that the audio file contained a message in Morse. Converting the Morse Code to base64, then the base64 to hex, then the hex to md5, allows one to decipher to word Administrator.

This led players to the file administrator.txt, which contained the following series of numbers:

Players used a cipher with the passphrase "Giving You a Better World" (phrase found on Teragon Group's webpage) on administrator.txt and revealed the following message:

Discord users quickly realized that all the locations filmed in the video linked in staystrong.txt were in the city of La Rochelle, France. This led players to a new file, larochelle.txt, which read:

Players quickly realized that the text contained in larochelle.txt was octal, and decoded to:

Players recognized this as base-64, which decoded to:

Players recognized this message to be Navajo code, and translated to:

This led players to the file areyouready.txt, which contained the following:

It was at this point that a player was able to decode the PDF from earlier using leftover numbers from parchment.png and a tridigital cipher. This discovery was made because the initial creator of the tridigital cipher had the username of "owleyes," which was an earlier clue. A Pastebin of the decoded document can be found here.

Sometime overnight, the staystrong image was updated to show the roof of the Rosslyn Chapel, the same chapel that the pillar before was from.

In addition, donotdespair.txt was updated to read:

It became clear that the key to the code wasn't the pillar, but actually the chapel that the pillar was in.

The Baphomet Studios YouTube channel updated with a new video, featuring many depictions of the previously significant OWLEYES. This, combined with /u/Tonywan's post, and the hint "Have you remembered your lesson?" strongly suggested that another tridigital cipher was used for this code.

Using this information, a Discord user was able to decode areyouready.txt with the numerical key larochelle and the alphabetical key rosslyn to yield the plaintext message:

Another Discord user then used this information to find the hidden directory youdeserveanexplanation/ on the Teragon website, leading to a wealth of new clues.

The Lord of Pits

Encrypted.rar, in particular, was of interest. At the same time, Laeticia updated donotdespair.txt to contain the code <ode>bdnsluosreladayr</code>

Discord users and Dota 2 fans realized identified this code as an anagram, and managed to unscramble it to obtain the password to Encrypted.rar:

The RAR archive was extracted to obtain the file xxx.txt:

A Discord user identified the code as a string of ISO country abbreviations. The code translated to:

These countries were then plotted out in order on a map to obtain the word HUMAN.

Using the solved map code, human.txt was discovered on the website.

At first, the text file read:

Later on, human.txt was updated to read

A Discord user found that the coordinates to point to a Parisian library. Soon after this discovery, human.txt was updated to read:

This new set of coordinates pointed players to a library in New York. Again, human.txt was updated to read:

This set of coordinates pointed to a Tokyo library. Yet again, human.txt was updated to read:

This set of coordinates pointed to a location near a Lima library. Human.txt was updated another time to read:

This set of coordinates pointed to a Johannesburg library. Finally, human.txt was updated with this ominous message:

The libraries linked suggested that the numbers actually referred to the Dewey Decimal System. Thus, the message was decoded as:

A Discord user realized that the code was referring to Mars, the Roman god of war. This led to a discovery of a whole new directory at /mars/.

The War Rages On 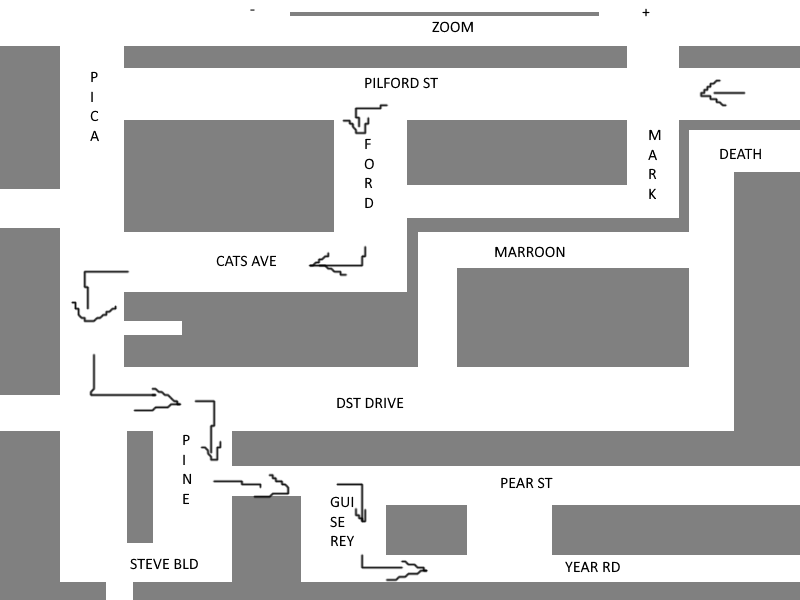 Preparing for the Meeting

A Rusty Pair Of Pillars

From Tony With Love

Trial and many errors